With forbearance plans coming to an end, many are concerned the East San Diego housing market will experience a wave of foreclosures similar to what happened after the housing bubble 15 years ago. Here are a few reasons why that won’t happen.

There are fewer homeowners in trouble this time

After the last housing crash, about 9.3 million households lost their homes to a foreclosure, short sale, or because they simply gave it back to the bank.

As stay-at-home orders were issued early last year, the fear was the pandemic would impact the housing industry in a similar way. Many projected up to 30% of all mortgage holders would enter the forbearance program. In reality, only 8.5% actually did, and that number is now down to 2.2%.

As of last Friday, the total number of mortgages still in forbearance stood at  1,221,000. That’s far fewer than the 9.3 million households that lost their homes just over a decade ago.

Due to rapidly rising home prices over the last two years, of the 1.22 million homeowners currently in forbearance, 93% have at least 10% equity in their homes. This 10% equity is important because it enables homeowners to sell their homes and pay the related expenses instead of facing the hit on their credit that a foreclosure or short sale would create.

The remaining 7% might not have the option to sell, but if the entire 7% of those 1.22 million homes went into foreclosure, that would total about 85,400 mortgages. To give that number context, here are the annual foreclosure numbers for the three years leading up to the pandemic:

The current market can absorb listings coming to the market 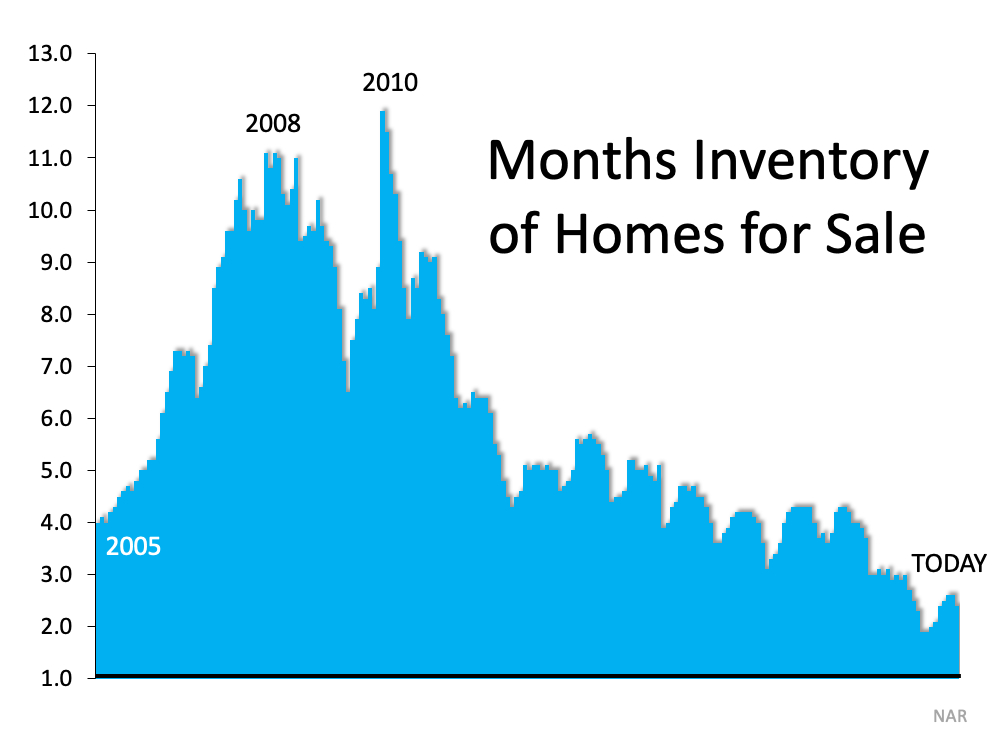 The data indicates why Ivy Zelman, founder of the major housing market analytical firm Zelman and Associates, was on point when she stated:

“The likelihood of us having a foreclosure crisis again is about zero percent.”

Ready to move in East San Diego? Let’s connect so you have a trusted expert to guide you all throughout the process.